The Show:
A fine mish mash of juicy Jazz-Funk and Fusion complimented by the Finest Rare Grooves.(“Dare we say it”) A little “Sole” steppin Disco seasoned liberally with some Latin Jazz, finally sprinkle in a few Jazzy new beats and we ‘re really cooking……This Show is Hosted by Tony De Chin…

This is not so much a blog as a brief insight into the past of a few former local nightclubs a la Tony de Chin.

Started quite late in DJ terms. I was pushing 24 when I first picked up the mic & Headphones in the last days of disco 1979.  And oh what a year for that genre.  As I see it, one of the better years for general club/disco releases. Don’t get me wrong, the 80’s were really great for funk & soul (& I pretty much loved it all.) but they fade into insignificance (to my mind) when searching for the rare groove soul/funk & jazz of the 70’s. U really had to be there I guess to know where I’m coming from.  OY!   What?  Stop waffling Tone! Get back to it….

My club experience came mostly between 1979 & 1989 in both Bournemouth & Poole.  First couple of years exclusively played jazzfunk/soul/latin& fusion at the likes of the”81 Club”, “J Rs Nightclub”& The Exeter Bowl”.  “J Rs”.   Now there was a really mad club with absolutely no idea how to run it it has to be said.  I’d be very surprised if anyone remembers that place, didn’t do an awful lot. Their idea of fun was to put a live country & western act on at the same time as my “Jazz funk Tuesdays”. Nice!

As the years went on, it quickly became apparent if I wanted to continue I might have to broaden my horizons just a bit. The” 81 Club” closed early 1980. Went on to become “Faradays”. Continued playing there for a bit.  Next up was a time at “Manhattans” situated on the site of what is now “Dusk Tilll Dawn”. Got involved with the “New Romantic” thing back 2 back with my funk & soul faves. Next couple of years did concurrently at “Whiskeys” and “Magnums” with occasional guest spots at “Fernandos” and the “Spanish Club”. Another couple of years on and I could be found at “Thirstys” / “The Georgian Club” and “Coasters” in Poole. Specialised in jazzfunk/northern soul & motown and quite a bit of acid house when it first came out in the mid 80’s.  Funk & soul was  the thing at all the venues I passed through. But my real love has always been the jazzy end of the funky stuff.

Fast forward to the last 10 years or so, I did a stint on Community Radio off and on for a couple of years with the now defunkt “K1FM”(K Bar) where I was let loose doing just about everything I’m currently doing at “Afro-disiac live”. Jazzfunk/soul/raregoove/latin & fusion. That was a good time for me then, as is now on the “Jazzy Groove Stew Show”.  Many thanks to all at Afro-disiac live for this chance to showcase the music I love so much.

I’m often asked how I got started as a DJ. Well, having a big gob helped a lot. Trust me on that!
It was the end of the summer 1979.  Some mates and myself were sat at the bar of “The 81 Club” playing spoof with the owner on a dire quiet Friday night.  The DJ was having a hard time of it with nobody paying him much attention. He decided it was ok to  have a go at us at the bar, in the end becoming quite abusive more than amusing. Till finally I said those immortal words, “even I could probably do his job better than him”. I thought, how hard could it be? My mates tried real hard to convince the owner to try me out, which to my surprise he did. Didn’t work out to bad considering. He was that impressed he gave me my own night on a Thursday (as they only opened Fridays and Saturdays at that time) The club gave me full support and promotion big time to reinstate jazz funk to the venue as it was previously well known for it.   Didn’t go too bad for a while, but then suddenly the club was sold and everything changed. But I’d already got my foot on the ladder. I got the taste for DJing and I loved it. To this day I still do. To my mind, there’s nothing quite like it.

If I have any advice to give any up and coming DJs, it would be to simply grab the moment if it presents itself. Make the most of it while you can, but most of all enjoy it. Most successful DJs would probably agree the trick is to just love what you do. 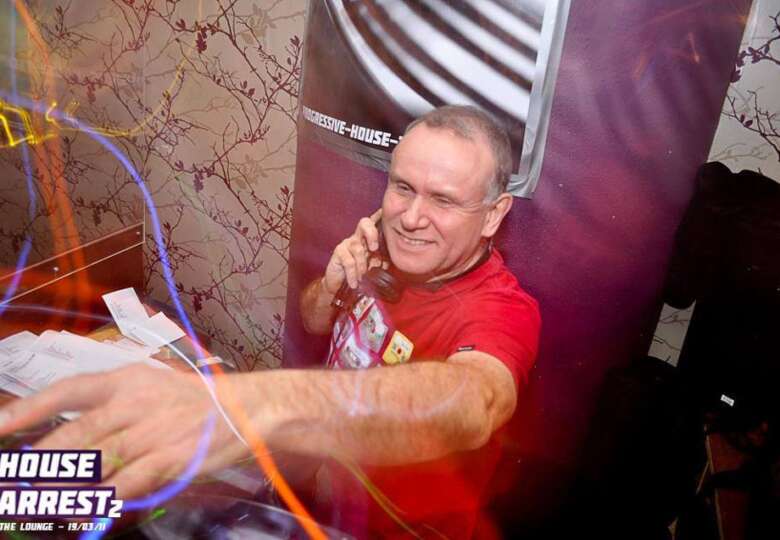