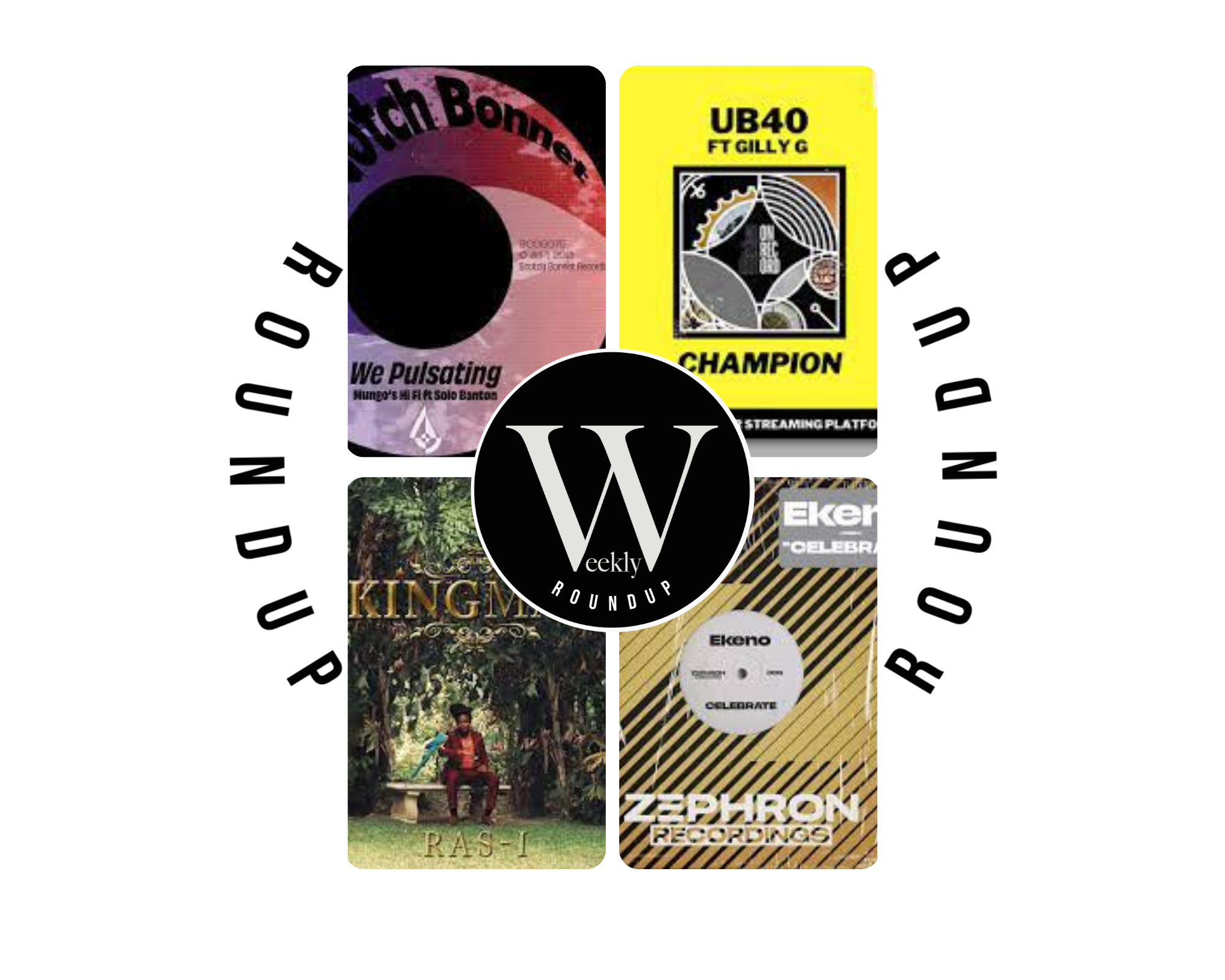 Hello and welcome all to another brand-new Weekly Roundup! With now less than 2 weeks remaining until the Bournemouth Reggae Weekender, it’s only right we spark up the energy for the special event! (CLICK HERE FOR TICKET LINK) 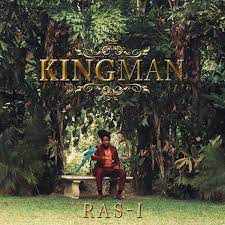 Kicking off this Weekly Roundup, we present Ras-I and Royal Blu with their track “Keep the Bounce” to get the ball rolling. The two Jamaican artists breeze along this fun instrumental which is produced by Dale Virgo. A very good track with catchy melodies and silky flows from the pair who create a vibey track for the summer sun. Available to listen on Spotify, Deezer, Apple & the official audio on YouTube down below! ↓🎵 ↓ 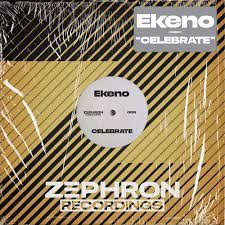 Keeping the bounce for the second track, we present North London’s Ekeno and Donae’o with their feel good track “Celebrate”. Donae’o holds the credit for the classy production on this song, where we hear amazing vocal performances from the two that blends too well with the low tone of the bassy afrobeat. Available to listen on Spotify, Deezer, Apple & the official audio on YouTube down below! ↓🎵 ↓ 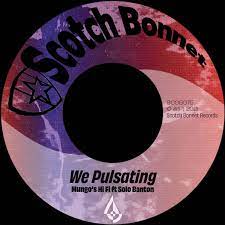 Pumping in at track number 3 to keep your blood flowing, we have record producer Mungo’s Hi Fi & Solo Banton with their song “We Pulsating”. With sleek flows supporting the mean bass line, it’s hard to un-match the pulsating vibe once you click play. A vibe fulfilling reggae sound pleasing to the ear with bars from Banton as he raises the energy level. Available to listen on Spotify, Deezer, Apple & the official video on YouTube down below! ↓🎵 ↓ 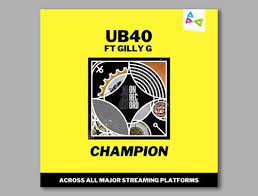 To finish this Weekly Roundup we have veteran group UB40, team up with additional veteran Gilly G on their most recent release “Champion”. UB40 are a Reggae-Pop band formed in Birmingham, England back in December of 1978 and followed up with their first single just over a year later with “Food for Thought” in 1980, which peaked No. 4 on the UK Singles Chart. From that day onwards they have shared much success and emotions throughout the years, with more than 50 tracks ending up in the UK Singles Chart and globally selling over 70 million records. The feature, Gilly G, is a seemingly underground artist from Birmingham who produces an impressive performance on this track. He has previously collaborated with UB40 in 2018 on “Moonlight Lover” plus has a track of his own called “Sweet Sugar” and some research will lead you to his 1992 conscious Hip Hop record titled “Racism/Brothers Of The Jungle Zone” which seems to only be available on CD and Vinyl. He has been signed to MCA Records but his contract wasn’t renewed due to unsatisfactory sales in 1992. Overall the feel of this track gives off a classic and positive reggae sound produced by Jamie Travers and UB40 themselves. Made by legends to the genre and an appropriate fade out from this Weekly Roundup. Available to listen on Spotify, Deezer, Apple & check out – Champion (Birmingham 2022 Commonwealth Games: Official Anthem) – This version of the song contains a ‘Dapz On The Map‘ feature in recognition to the Multi Sport event beginning on the 28th of July 2022. Available on YouTube down below! ↓🎵 ↓

We hope you enjoyed the picks for this Weekly Roundup!

Have a great week and see you in the next one! 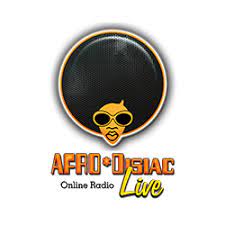 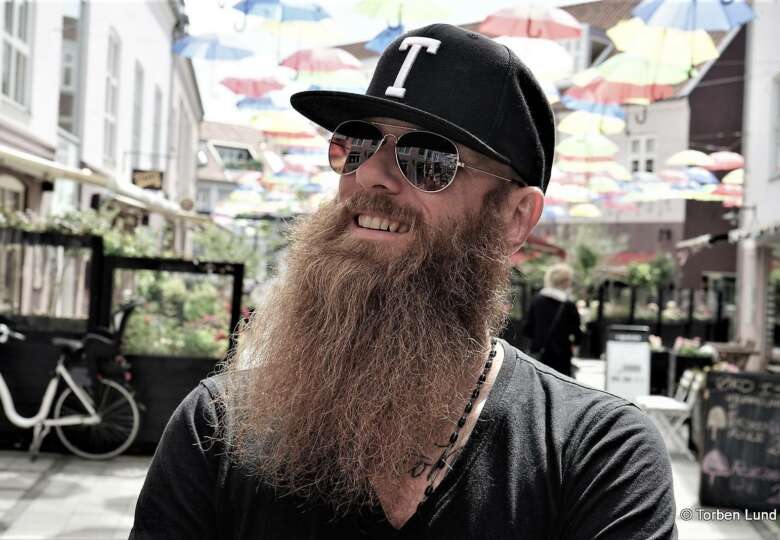 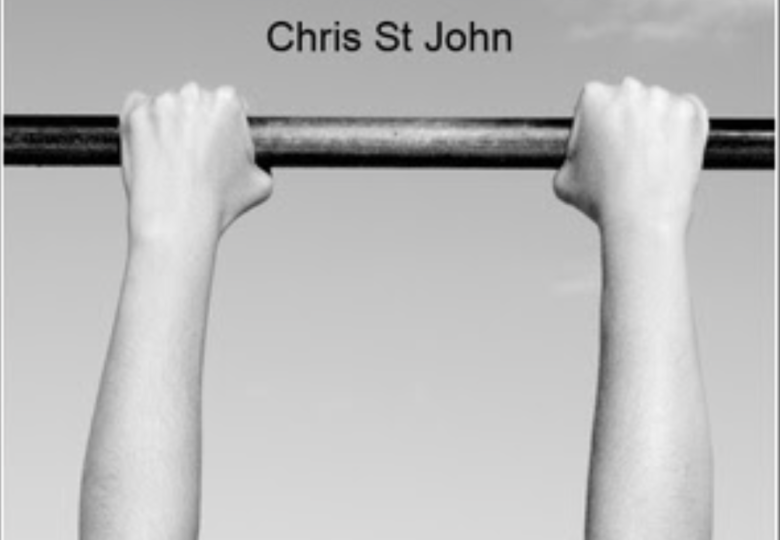